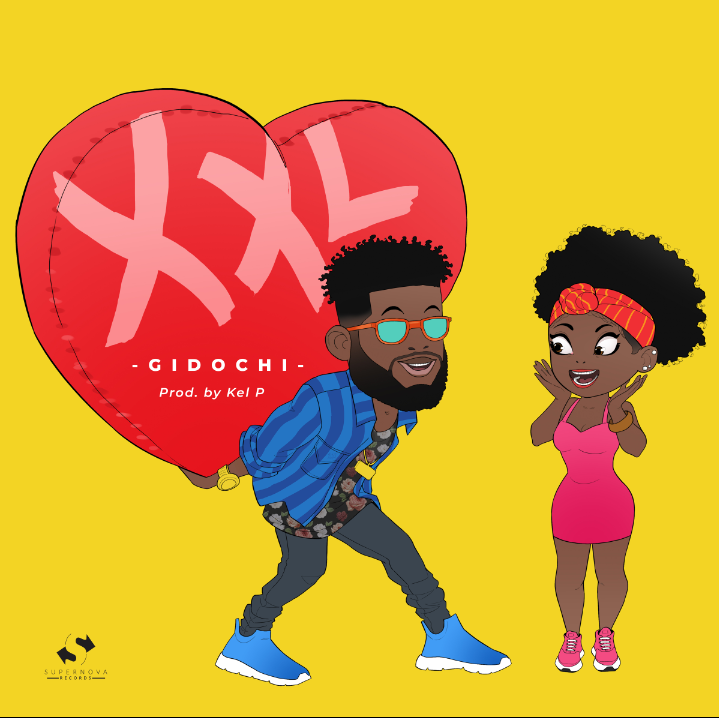 After collaborating with Bhim Nation boss Stonebwoy on “High with Me”, Supernova record signee and ‘With you’ singer Gidochi had stayed silent throughout the year without releasing any official music, except for his participation in the Nescafe One song competition, which he won. He has broken his silence by successfully serving his first single of the year, ahead of the release of his debut project (EP) titled “Mixed Feelings”.

This comes as good news to every fan of Gidochi, especially the ladies who have been denied new music for a long time. In XXL Gidochi expresses the grand size of his love with a very easy and catchy hook that sets the tone for every age group to nod and tap a feet and quickly getting onto the dance floor.

Without mincing words it’s no bias to say with such great melodies and vocals delivered by Gidochi, XXL is expected to be the official Christmas banger in Ghana, that could make waves on the streets of Ghana and beyond.

Kel P, undoubtedly one of the best music producers in Africa now, is the producer behind most of the hit songs that Burna Boy is known for. ‘Dangote, ‘On the Low’, ‘Killing them’ by Burna Boy are few of the songs produced by Kel P.

In Ghana, rapper M.anifest and talented singer, Kelvynboy are the only artistes to currently put vocals on a Kel-P produced beat. Word on the street is that with Kel-P, your hit song is assured provided you’re ready to pay for his service. Gidochi has taken a bold step to secure a great production from the renowned producer.

Announcing his presence once again in the music scene with such a banging tune like XXL on a Kel-P production, speaks volume of how the talented singer is poised for his musical journey, and how it actually pays to be patient in the music industry.

At long last, his fans have some new song to jam to, while waiting on the release of his debut E.P. First song (XXL) off the ‘Mixed Feeling’ project is already making waves which go to suggest how good the project would turn out.