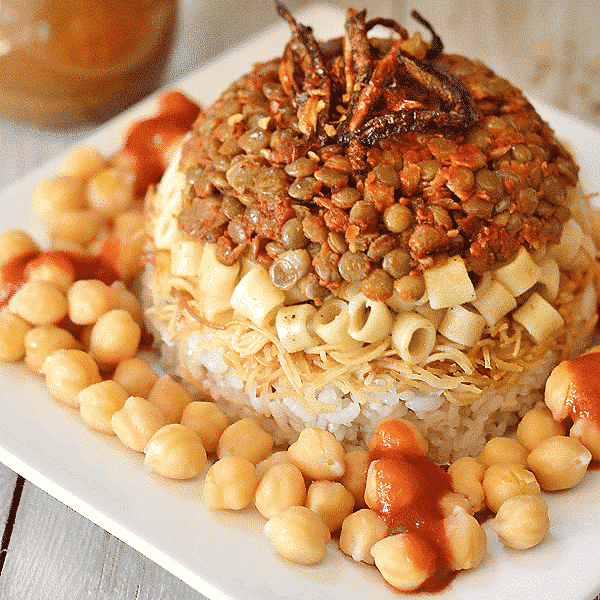 One thing is for certain: African food is just as diverse as its people. From the West to the East to the North and South, some foods are so delectable that they’re worth taking a trip for but if you can’t, you would have to find a restaurant in whatever country you’re in that cooks the kind of dish you want to try.

With African cuisine, you are spoiled, not only for choice; tasting the sumptuous dishes also opens your eyes to the gateways of the very cultural essence of the tribes/races on the continent.

In my list I have Koshari from Egypt, Cachupa from Cape Verde, Mukimo Irio from Kenya, Cabidela from Angola and Attiéké from Côte D’Ivoire.

If you want to know more about how these foods are prepared, watch it here.