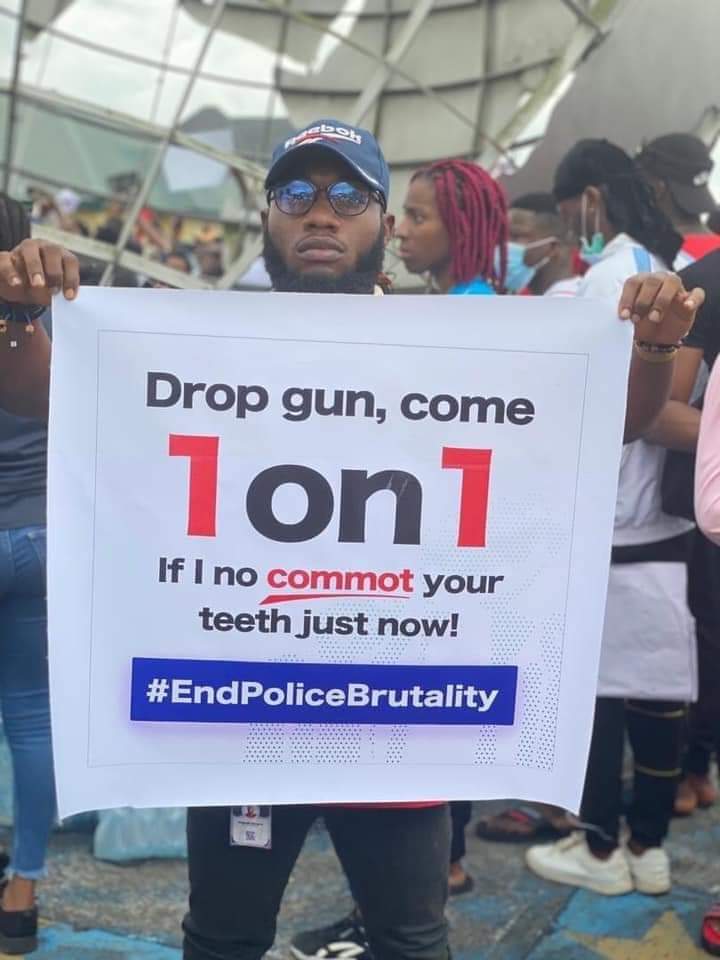 It has been a week since the #EndSARS protests began and still, the Nigerian government isn’t exactly doing what the people want.

They moved from claiming to disband SARS on Sunday, the 11th of October to setting up SWAT, new Police outfit to take over SARS to saying this on Wednesday.

The people still feel like their requests are not being heard and with the video which is circulating that Buhari laughed at some of their demands makes matters even worse.

Despite all of this, the Nigerian Youth have shown incredible togetherness and support to one another. They’ve organized everything by setting up accounts to help everyone from getting ambulances to lawyers and to even private security for protesters from the police (yes, it has come to that) and the people who help provide this keep being accountable for all the moneys to ensure transparency.

They’ve also managed to keep their sense of humor when communicating with their placards. These placards are funny but they’re still driving their point home. They don’t want to be killed before their time.