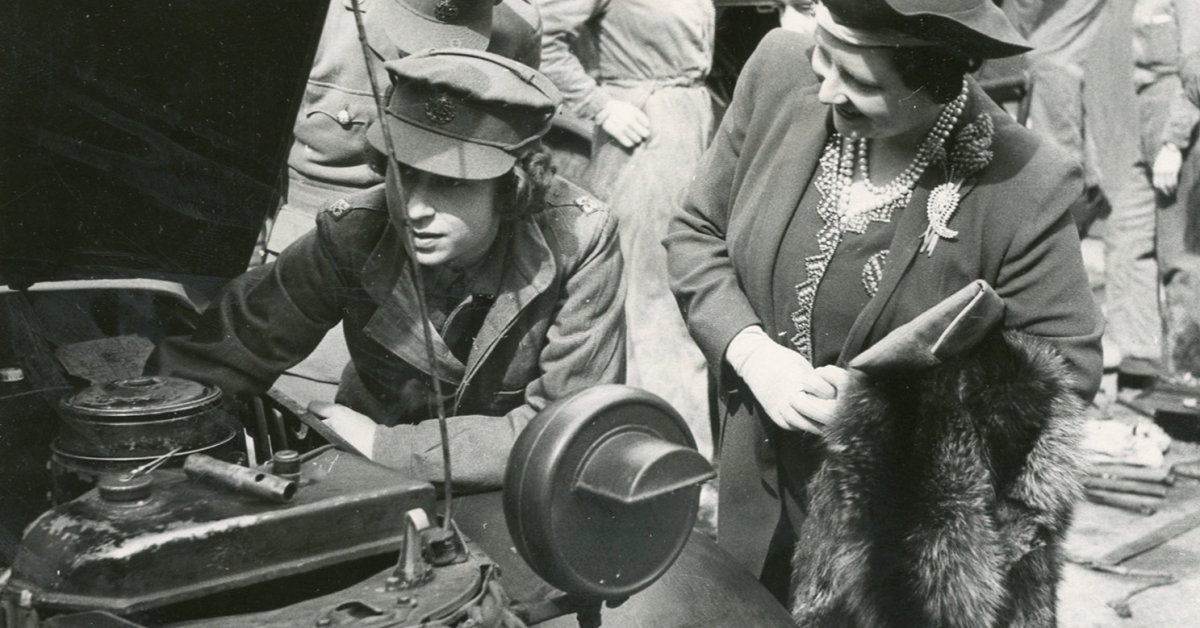 In 1945, the then 19-year-old Princess Elizabeth joined the Women’s Auxiliary Territorial Service during World War II.  After months of begging her father to allow her to join the war since she saw it as a means of boosting the morale of the British Army.

Known as Second Subaltern Elizabeth Windsor, she was registered as inductee No. 230873, and trained in London as a mechanic and military truck driver. She went through a six-week auto mechanic training course at Aldershot in Surrey, and by July had risen from the rank of Second Subaltern to Junior Commander. She learned how to deconstruct, repair and rebuild engines and change tires, and learned how to drive every type of machine she worked on, including jeeps, trucks and ambulances.

Although she had restrictions like not eating with the other enlisters, been sent home every night to sleep at the Windsor Cattle, she enjoyed the freedom she had previously been denied by her status as a princess and heir.

With newspapers applauding the young princess’ commitment to the war effort and calling her “Princess Auto Mechanic”, the queen remains the only female member of the royal family to have entered the armed forces and is the only living head of state who served in World War II.