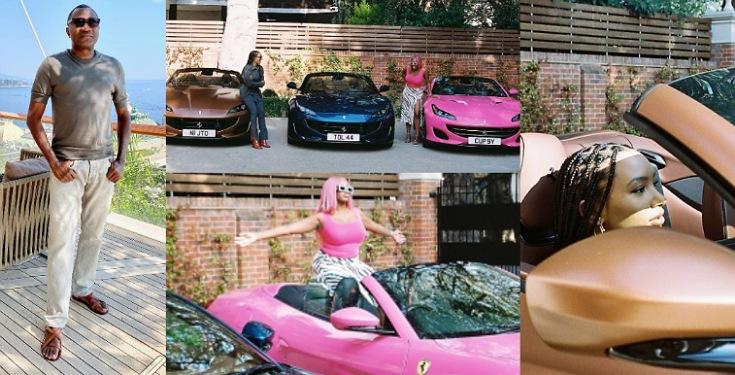 Earlier today we reported that Femi Otedola went on a shopping spree just to put smiles on the faces of his daughters with fast cars.

After DJ Cuppy made the post on her official page, Twitter erupted with tweets from everyone, Davido had something to say, Peter Okoye of Psquare fame says he is starting #ProjectOtedola, Don Jazzy has also promised his unborn kids the same lifestyle.

Other users went all out questioning what their fathers were doing when Otedola was making money.

Below are hilarious tweets complied after DJ Cuppy posted the Ferraris.