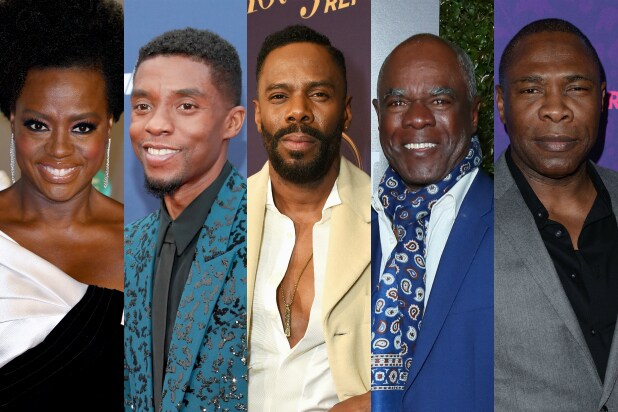 Netflix has delayed Monday’s virtual preview event for Ma Rainey’s Black Bottom after the passing of Chadwick Boseman, who stars in the film with Viola Davis and Colman Domingo.“We are heartbroken over today’s news of the passing of Chadwick Boseman, a ‘true fighter’ as his family called him in their poignant tribute,” Netflix said in a statement, per Variety. “This is an incredible loss. We are canceling Monday’s preview event of ‘Ma Rainey’s Black Bottom.’ Please join us in sending your thoughts to his family and loved ones.”

Boseman tragically died on Friday from colon cancer, which he never publicly disclosed, though he battled the diagnosis for years. With his portrayal of Marvel’s Black Panther, Boseman had been catapulted to stardom and broke barriers in the film industry.

Set to be one of Boseman’s last screen performances, in Ma Rainey’s Black Bottom, Boseman plays Levee, a promising yet plagued trumpet player who’s trying to make it in the music industry.

As an adaptation of the August Wilson play of the same name, the film takes place in the late 1920s and focuses on the pioneering “queen of the blues” (Davis) and her band members.