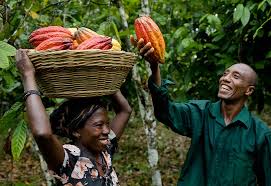 The “Council for Higher Cocoa Prices” was the CPP’s introduction of the Cocoa Duty and Development Funds (amendment) bill in August 1954. This first legislative act was to fix the price of cocoa for farmers, which became the precipitating factor for the formation of the National Liberation Movement (NLM), the federalist movement rooted in Ashanti.

In Nkrumah’s view, “The NLM did not seem to realize that the cocoa, which they felt so possessive about, would be worthless without the labor, which came mainly from the Northern Territories, and without the exportation which was carried out in the South.” For Nkrumah, cocoa was a national economic asset that was not the monopoly of one region or one group of people; its economic wealth belonged to the entire nation. This was an uncompromising conviction he advocated throughout his life.

Similarly, his concept of government remained wedded to supreme legislative power remaining at the center and “was not broad enough to encompass the demand, within his own country, for Asante autonomy” The NLM wanted the price of cocoa which was fixed at 72 shillings per load to be raised to 150 shillings per load, without recourse to the global market. In addition, they wanted a federalist constitution.

Nii Okai Tetteh - October 20, 2020 0
The BET Awards is the biggest celebration of black entertainers in the world. The year cypher of hip hop...