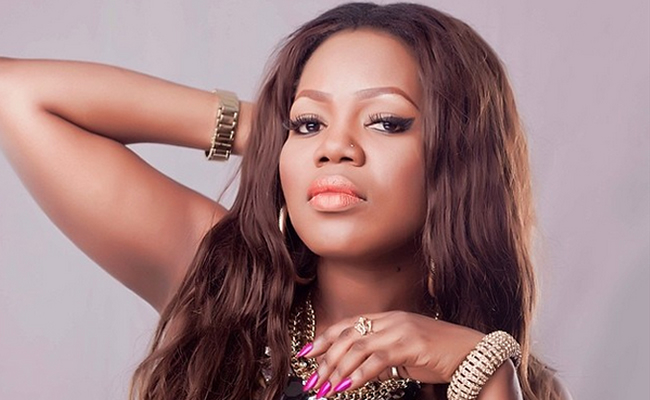 The MzBel and Tracey Boakye fight has gotten to new heights.

The musician had posted a press statement that carried the name “Her Execellency Lordina D. Mahama.”

When we proceeded to read the said statement, it was in reaction to the fight between MzBel and Tracey Boakye.

The two celebrities are fighting over sugar daddies and living off rich married men.

Somehow, people have dragged former President John Dramani Mahami into it with claims that he is the alleged sugar daddy the two are fighting over.

That is what made the statement MzBel posted juicier, because portions of the said statement read that the former president “has been dogged by vile rumors of supposed infidelities, the nastiest which occurred a few days ago as a result of a social media fight between some two young women over an unarmed man.”

“As to why my beloved husband, President Mahama has been dragged into this whole sordid affair is beyond me,” the statement added and it went to state that the former president has been “a faithful husband and father over the years that we have been married.”

“President Mahama is my husband and mine alone. He is not a community husband,” the statement concluded.

However, some have claimed that the said statement was fake and that could explain why MzBel had to delete the statement from her Instagram account.

Whichever, the case is, the MzBel and Tracey fight has taken a turn for the worst.