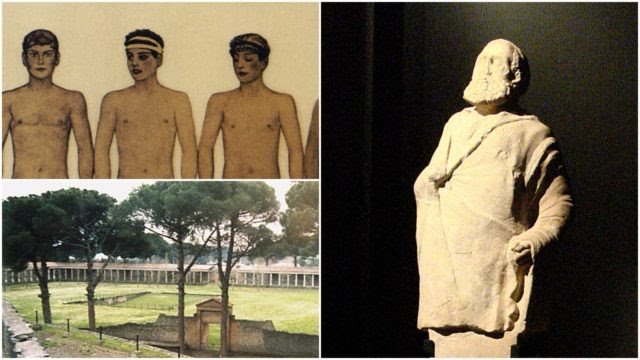 This really isn’t what you’re thinking and I know where your mind is. Lol. Let’s have a short history lesson on Gymnasiums and their use back in the day.

According to Eric Chaline, the author of The Temple of Perfection: A History of the Gym, ancient Greeks used to go to the gym buck naked as a tribute to the gods. The literal meaning of the Greek word gymnasion was “school for naked exercise” and they tripped there being just that; naked.

The Gym was largely an open-air space. It had no fixed equipment, and was only for men. The ancient Olympic sports of running, discus, javelin and wrestling were practised at the gymnasium, so to modern eyes it would most closely resemble an athletics venue.

The similarities between the ancient gym and the modern gym, according to Eric Chaline, are more about the motivations for training.

One similarity between the training done by both the Ancient Greeks and us is that, they trained for sports and to improve their military skills, but they also trained to attain and maintain an idealised body shape, what we would call aesthetic training or training for the body to become “beautiful“.