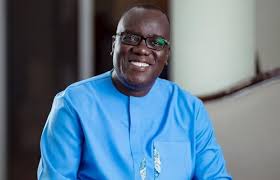 One of the great politicians in the country, Kwadwo Owusu Afriyie has passed away.

Beyond being a politician, he as a lawyer too. He is a member of the New Patriotic Party, which he served as General Secretary.

At the time of his death, he was the Chief Executive Officer of the Forestry Commission of Ghana.

He was born in the Ashanti Region where he attended Seventh Day Adventist Secondary School in Bekwai from where he obtained his GCE Ordinary level certificate.

He also attended the Konongo Odumase Secondary School in Konongo.

After reading political science at the University of Ghana, he obtained a Bachelors in Law at the Ghana School of Law.

In 2017, President Akufo Addo appointed him as the CEO of the Forestry Commission.

January 21, 2022
All the brothers and sisters who ended last year down in the depths of singledom are probably hoping that this year will be a...