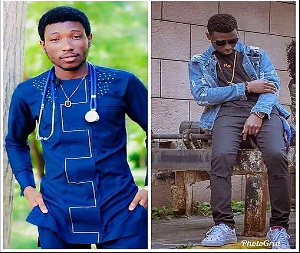 Majority of us have abandoned our childhood vision of joining the profession widely deemed as noble and prestigious to follow other career paths believed to be easier. This is probably not because we are ‘incapable’ but rather due to the fact that medicine is touted globally as the most difficult course to pursue.

Scoring a good grade in your high school final papers is one thing, getting into medical school is another and finally, surviving in the field of study is the most important part. Truth is, studying medicine requires that you are extremely clever, hardworking, and less ‘playful’.

Unlike many students of other courses who study in order to pass their exams and later forget (chew and pour as it is called in Ghana), Medical students must be able to apply everything they read later in their profession in understanding diseases and their diagnosis. This is a reason, students pursuing medicine are usually serious and have little time for “funfairs”.

But the case is different for Dr. Victor Asare who was in medical school while he produced music and worked as a model. When he left Ghana in 2013 to study abroad, his sole purpose was to return as a seasoned Medical Doctor.

The young medical doctor went through the six-year MBBS course at the Shenyang Medical College in China and graduated recently. In school, he decided to outdoor his music talent and went on to write and release his own songs. Bill Legend as he is known in the music industry, released his first banger ‘Asante Ni’ in 2014 and since he’s dropped songs like ‘99, Mamacita, Hossana, Stronger and Taste’.

He has been speaking to YouTube vlogger, Selorm Helen about studying medicine abroad and how he combined this with his music career.

“I have passion for medicine. So, I decided to go to China to study. Music was my hidden talent. I was trying to hide it but inasmuch as I do, my feel for music comes out. When I came here, I started singing. Back home, I used to write songs and helped people make beats but I wasn’t into singing,” he revealed.

“When I came to China, there was one event I went to with my friend and helped him with the performance. That was my first performance and after that, people started advising me to venture into music. I then came out with my first song; Asante Ni,” he added.

Commenting on how difficult it might have been for him to do music while studying for his MBBS, Bill Legend said, he knows how to “manage time”.

He stressed, “If you know how to manage your time, you can do it. It’s just easy like that when you know that from here, I’m going here and I’m doing this.”

Apart from doing music for fun, he also makes money by performing at events and modelling in China where the laws forbid foreign students from working. His Asante Ni track won him Best Song of The Year in 2017 during a Chinese music award festival.

He is currently working on his music brand and hopes to collaborate with some big names in the Ghanaian music industry upon return to Ghana. He promised to surprise his fans as he takes music to a higher level. You can enjoy some of his songs here/

Dr. Asare plans to launch his NGO which would be dedicated to medical outreach programs to help communities as soon as he returns.