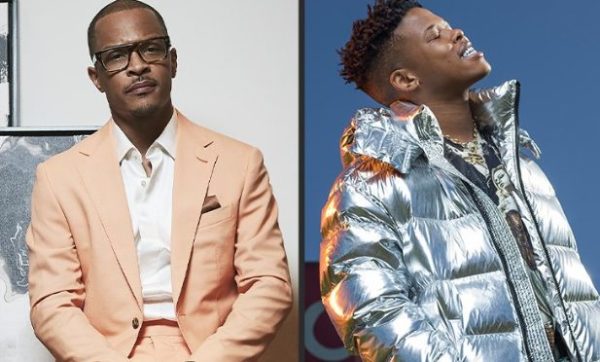 Last year American rapper T.I revealed he had some collaborations with Nasty C and other African artistes.

“They Don’t”, which is a timely song addresses racial injustices and the rise of police brutality especially in the protests.

South African Rapper Nasty C reminisces on the Apartheid regime which set racial injustice to another level because Africans were being oppressed in their own land.

Nasty C provides an emotional view of how it feels to be black and suffer in your own land “I can only imagine the pain and the grief/from the innocent mothers with all the shit they had to see/ when you lose the ones you love to the fuckin’ police /it cuts deep.” “But everything will be alright soon/I just want to let you know, ain’t nothin’ like you.”

T.I. delivers emotional lyrics on systemic police brutality and the racial injustice in America in the year 2020.

T.I refers to George Floyd, Emmett Till, and Briana Taylor who all have seen police brutality and racial injustice.

In a verse T.I raps, “Guess they’d rather see us all in civil unrest than to go and make some fuckin arrests,” He also asks, “How you supposed to serve and protect with your knee on my neck?”

Check out the lyrics below;

The Short End Of The Stick: The Bias Against Ghanaian Women’s Sexuality

Jonathan Frimpong: Boy With Pilot Dreams Found Loitering Around The Airport Gets To Fly A Drone