TikTok users are urinating on themselves as part of the revolting ‘Pee Your Pants Challenge,’ and while it allegedly started as a joke, it has quickly become the latest trend to go viral on the platform.

The disgusting videos show people (mostly guys) standing in front of their bathroom mirrors fully dressed as they proudly wet themselves — all the while catching the entire thing on camera.

Liam Weyer, 19, from Kansas, started the challenge on April 21 when he posted footage of himself peeing his pants and aptly dubbed it the #peeyourpantschallenge.

Whoops! The teen claims he filmed the video as a parody of other ‘pointless’ challenges and was surprised that it started to trend.

While Liam never intended on people following his lead, many have. The #peeyourpantschallenge hashtag that he started has more than 3.3 million views. 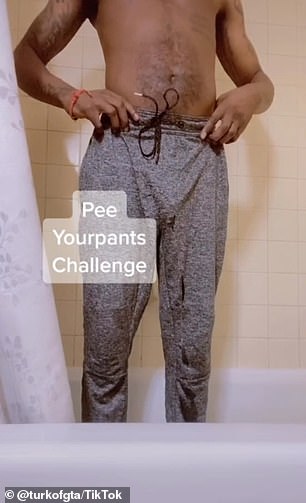 Smart? TikTok user @turkofgta was at least wise enough to stand in the bathtub when he took

The new challenge is almost as sickening as the toilet-licking challenge that took place in mid-March amid the coronavirus pandemic, prompting a fierce backlash from horrified critics.

January 13, 2022
We've all heard the NSS horror stories. And for those of us who started our National Service last year things might not have been...

Thinking About A Career In Tech? 5 Steps To Begin Your...