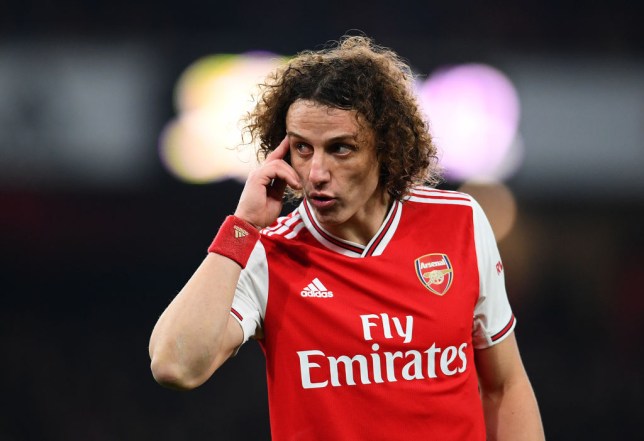 David Luiz has admitted that he had doubts over his move to Arsenal last summer after making the “quick decision” to leave Chelsea at the end of his “cycle” at Stamford Bridge.

Frank Lampard set about making a number of changes to Chelsea’s squad after succeeding Maurizio Sarri in the managerial hotseat ahead of the 2019-20 season.

The club legend quickly made it clear that he would be promoting a number of academy stars into first-team roles, and Luiz was ultimately moved on.

The Brazilian had been a regular in the Blues’ starting line-up since returning to the club from Paris Saint-Germain in 2016, adding another Premier League title, FA Cup and Europa League to his impressive trophy collection.

He was, however, shipped off to London rivals Arsenal in an £8 million deal on deadline day back in August 2019 in a move which came as a shock to supporters and experts across the country.

Luiz is committed to a two-year deal at Emirates Stadium but concedes he had his reservations about joining the Gunners, who he acknowledges were not in a “great moment”.

“I was always very happy at Chelsea,” the 32-year-old told ESPN Brazil .

“And then the understanding of knowing that my cycle was over, even though I thought it wasn’t going to end that way, in a quick decision.

“I decided to leave Chelsea before I even had the door open at Arsenal.

“I know that Arsenal weren’t in a great moment, they had a weight on their defence, [when] I go there I’ll have to pay the restaurant bill without having eaten.

“But I’m going because I want something new for my life, I want to learn.”

Luiz added on how difficult his first couple of months at Arsenal were under Unai Emery: “It wasn’t easy at first.

“Not only [in terms] of adaptation, but about taking the criticism, the sadness of many Chelsea fans for not understanding my personal decisions.

“My respect and love for Chelsea has always been true.

“It was difficult to deal with the emotional part, then playing, things were not happening on the pitch, the results weren’t coming.

“Unai is a great coach and a great person, but things weren’t happening for him either. So you get into a stir and try to stay upright and strong.

“And I often wondered why this decision was made. Why is this happening?”