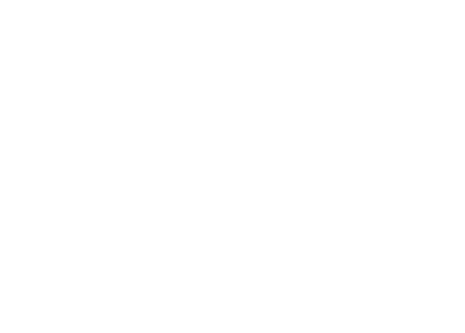 It was a normal day in December for Christian Kirk Ato Howard, who was preparing to write his final paper as a Level 200 student of the Methodist University.

Little did he know that his world was about to take a turn for the worse and in the process become a father, to his beautiful niece, whom he didn’t even know existed in her mother’s womb.

Christian was preparing to write an exam on Introduction to Micro Economics when he received a phone call with a surprising message from his mother.

The news was that his little sister, Jacobell Stella Ewurama Howard was at the Winneba hospital and had delivered a baby girl prematurely.

Someone was needed to help with hospital runs… the usual get this medicine, secure this quantity of blood.

Before that phone call, Christian had no clue that his little sister was even pregnant, but he quickly travelled back to Winneba to be there for his sister, or so he thought.

As he was done with his paper, he rushed back home to be of a helping hand. He stayed by his sister at the hospital but the baby needed to be placed in an Incubator. The Trauma and Specialist Hospital in Winneba did not have an incubator so the baby had to be transferred to Ridge Hospital in Accra.

Once again, it fell on Christian to see this through. However, before taking his little niece to Ridge, his sister, Jacobell had told him that the little bundle of joy should be called Aseda, it’s a Fante word which means ‘Thanks’ in the English Language.

Aseda was transferred to the Ridge Hospital and placed in the incubator, Christian mounted a watch over his niece whom he was now beginning to love.

But a phone call from the doctors in Winneba about his sister going to crisis meant he had to leave Aseda alone in Ridge Hospital and rush back to Winneba.

While there, Christian faced a lot of challenges, while his sister’s health deteriorated. This meant she had to be transferred to the Korle Bu Teaching Hospital.

At some point, Jacobell was unable to express milk for Aseda.

“I tried to suck the breast milk myself. I tried but nothing came out,” Christian told Kuulpeeps.com in an interview.

After his unsuccessful attempt at expressing the breast milk himself, Christian had to direct the doctors at Ridge Hospital to give Aseda formula.

Shortly after, an ambulance was available to transport his sister to Korle Bu Hospital.

Sadly, Jacobell was pronounced dead on reaching the hospital. Dead at 26 years old, with a prematurely born daughter in an incubator and the baby daddy refusing to take responsibility for the pregnancy.

At that moment, Christian decided to refocus his energy to do whatever he could for Aseda.

Ridge Hospital became his new home. He frequently performed the kangaroo mother care so that Aseda would get the bodily contact she needed.

Kangaroo mother care is a method of care for preterm infants (infants born prematurely). The method involves infants being carried, usually by the mother, with skin-to-skin contact.

Christian and Aseda would spend a month in the hospital until she weighed 1.4 kg before they were discharged.

Christian’s mother is not in the capacity to care for an infant, his other two senior brothers are also not available.

Christian then made the decision to take Aseda to his house, and not be just an uncle but Aseda’s father or at least play the role as effectively as he could.

Besides studying for his Purchasing and Supply Chain programme at Methodist University, Christian also works at the Maritime Hospital in Tema, as a result, he runs a care duty shift system with Gifty.

Before his mother called while he was preparing to write his exam back in December 2019, little did Christian know that by January 2020, he would have lost his dear sister and become a de facto father for his preterm niece.

Not all heroes wear capes huh?