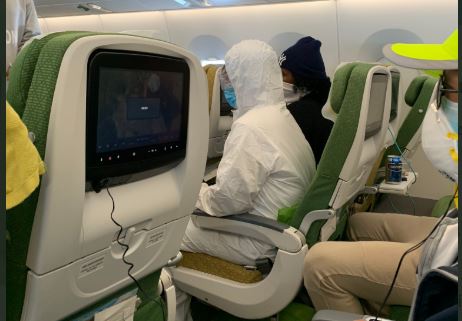 Yesterday, the region recorded its first confirmed case of COVID-19.

The patient is a Chinese foreign national, who arrived in Ghana on Saturday 21st March, 2020.

However, it can be recalled that at 1 pm on Tuesday 17th March, President Akufo-Addo’s travels advisory came into force.

The advisory directed that any traveller, “except for Ghanaian citizens and persons with Ghana residence permits, who within the last 14 days, has been to a country that has recorded at least 200 cases of COVID-19, will not be admitted into the Ghanaian jurisdiction.”

The Western Regional Minister Kwabena Okyere Darko-Mensah the Chinese national “was in self-isolation for the mandatory period of 14 days.”

“Though he showed no symptoms of the virus, the medical team took his sample for testing on 8th April, 2020 to confirm his status; which unfortunately tested positive on the 12th of April, 2020,” he added.

The said Chinese is one of six (6) Chinese and 32 Ghanaians working at Coastal Quarry located near Anto in the Shama District.

“A combined team of medical and security personnel is currently at work at the site,” the minister said.

The regional minister also directed that everyone who was “released, without testing, after their 14-day self -isolation or mandatory quarantine at the various places are brought back for testing.”