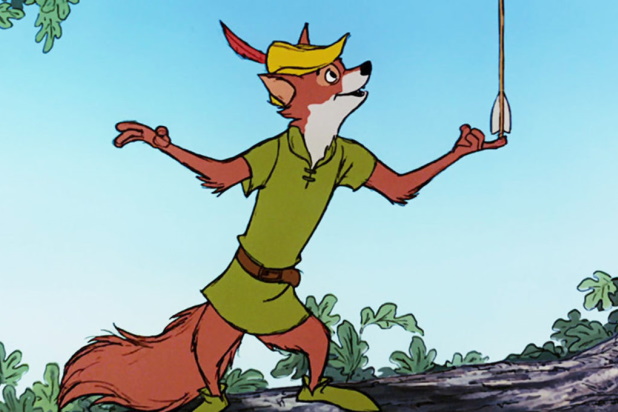 Following The Lion King, Mulan, and Aladdin, Disney’s 1973 classic animated film Robin Hood is the latest movie to get a live-action remake. This one, however, is going straight to Disney Plus.

Much like The Lion King, the new version of Robin Hood will “feature the characters as anthropomorphic, this time in a live-action/CG hybrid format,” according to The Hollywood Reporter. The movie will also be a musical. The original version famously portrayed the noble thief of Sherwood Forest as a fox, while his gang of merry men were illustrated as other animals. Little John was a black bear, the Sheriff of Nottingham was a wolf, Friar Tuck was a badger, and perhaps most memorably, Prince John was a thumb-sucking, jewel-encrusted crown-wearing lion.

Carlos López Estrada, best known for directing 2018’s Blindspotting, will take on the Robin Hood remake. Kari Granlund, who wrote Disney’s recent Lady and the Tramp remake, is on board to pen the script.

It’s unclear when Disney is looking to start the project, but production around the world has shut down as people social distance to curb the spread of the novel coronavirus.