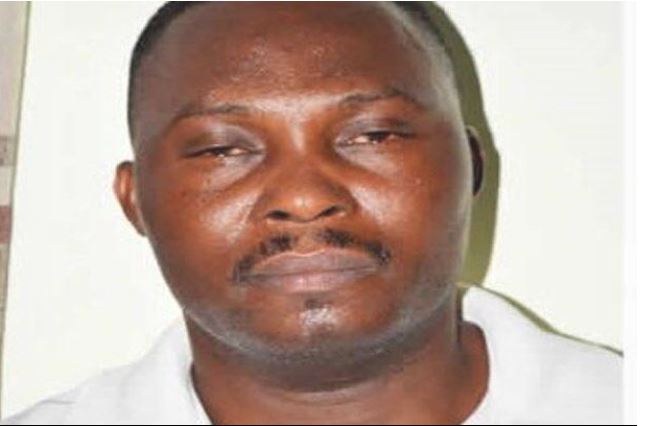 A high court in Koforidua has sentenced a police officer who is already serving a prison sentence of 20 years for robbery, to an additional 15 years in prison, for Illicit trafficking in explosive, firearm and ammunition.

The court, presided over by Justice Cecilia Davis, found Corporal Ghasty Yaaya Seidu, 39, guilty of Illicit Trafficking in Explosive, Firearm and Ammunition contrary to section 192 A(1) of the Criminal Offences Act 1960 (Act 29) as Amended by Act 849 of 2012.

This was after he pleaded not guilty to the charges.

The convict denied his signatures and thumbprints on both his Caution and Charge statements given to the police, prompting the Judge to order forensic examination by the Forensic Laboratory of the Ghana Police Service.

After a laborious examination of the documents and other documents which he had previously authored, the two experts came to confirm that both the thumbprints and signatures on the two disputed documents, were those of the accused person.

Prosecuting, state attorney, Cyril Keteku told the court that on May 3, 2018, the police had a tip-off that the convict, who was remanded for robbery had sold a 9mm SA.XP Pistol with 43 pieces of ammunition to one Joel Sackitey for an amount of GH¢1,200 sometime in the year 2015.

He said the accused person also collected an amount of GH¢1,500 from Joel under the pretext of facilitating the registration of the pistol but failed to do so.

Mr. Keteku told the court, police officers from the Eastern Regional Command proceeded to Akuse where Joel lived to retrieve the pistol.

A Circuit Court in Koforidua presided over by Mercy Addai Kotei, in March this year, sentenced Corporal Ghasty Yaaya Seidu to 20 years’ imprisonment after finding him guilty of two counts of conspiracy to commit crime, to wit robbery and robbery.

He will serve the 20 years of the Robbery sentence and proceed to serve the 15 years.