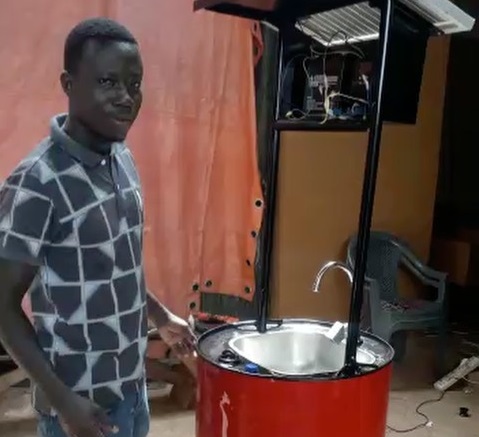 Necessity, they say, is the mother of invention.

Ghana and many other countries are fighting to curb the spread of coronavirus.

It has been said that regularly washing hands under running water is one of the best ways to protect one’s self.

However, in most African homes and public places such as markets, there are no taps for people to wash their hands under running water.

That is why Veronica Bekoe’s invention of Veronica Buckets are seen to be very helpful.

However, others are also coming with their own inventions to help.

Yesterday, President Akufo-Addo mentioned Jude Osei’s invention during his address to the nation.

“I am equally impressed with the invention of a solar-powered handwashing sink by Jude Osei from Kumasi,” President Akufo Addo said.

Her Tweet came with a video of Jude demonstrating how his solar-powered handwashing sink works.