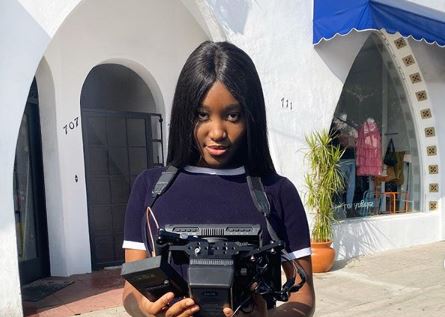 Apart from directing many of Africa’s top music hits, they can attribute the creative success of some of their videos to 23-year-old Ghanaian video director, Scilla Owusu.

It all started in the summer of 2015, after Owusu graduated from college with a business studies degree in London and she felt lost and did not know what her life’s purpose was.

Putting pen to paper, Scilla eventually found her passion in screenwriting which led her to launch her first six-part series titled ‘A Lesson Learnt’ that she wrote and produced.

This led her to win an award at the Screen Nation Film & Television Awards in 2016.

Following this success, Owusu dove into the world of music video production at the age of 19.

“Being in such a male-dominated industry as a music video producer, especially a young black female video producer, felt like being black twice because I had to work twice as hard to prove I was worthy of being in the room, despite my great talents,” she tells FORBES AFRICA.

Within a year, Scilla’s drive led her to direct popular music videos such as Tomorrow by M.anifest featuring Burna Boy, Love coming down by Don EE featuring Davido and Odo Bi by Stonebwoy featuring Sarkodie.

Her love for the entertainment industry led her to launch her own social youth organization in Ghana called Youngtrepreneurs to help young Ghanaian creatives improve their business knowledge, gain work skills and provide career opportunities. Owusu has been featured by different media outlets including the BBC and OkayAfrica.