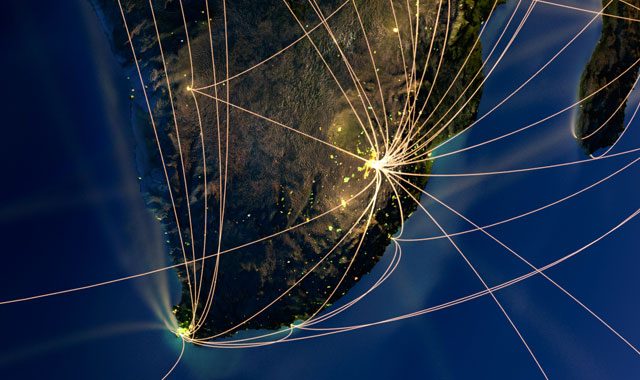 This is because an undersea cable tore over the weekend.

The West Africa Cable System (Wacs), which runs from Cape Town to Portugal and the UK, has caused major outages across all internet providers in the country.

This is the second time this year the cable has been damaged.

The internet disruption comes at the worst possible time as the Covid-19 crisis has forced many people to work remotely, with a fast and reliable internet connection being imperative.

It there is likely to be disruptions to countries all along the African West coast.

Africa’s largest mobile provider, MTN says it is working with suppliers to restore the cable quickly.

Vodacom, South Africa’s biggest mobile network, says there has been “little to no impact on traffic” on its network because they have been able to re-route to other cables in the region.

South Africa, and other countries along the West African coast serviced by Wacs, can expect slow internet speeds to persist until 4 April – that is when repairs are due to be completed.