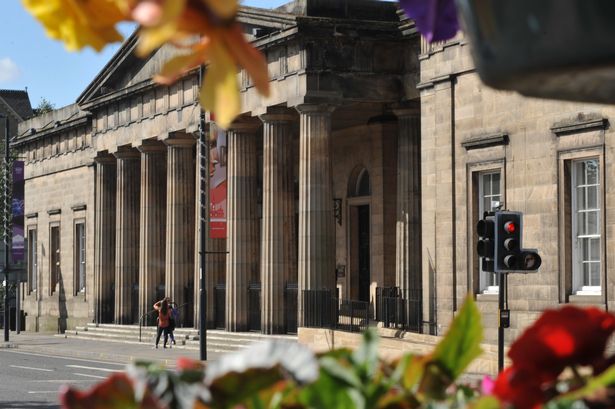 A voodoo believer who throttled a trainee doctor has been locked up and will be deported back to West Africa upon his release.

Michael Yartey came to Scotland from Ghana to start a new life with his medic wife but attacked her just days after arriving in Perth.

The 49-year-old, who told police voodoo was his religion, had been sponsored to live in the United Kingdom by his wife.

But she has withdrawn her sponsorship after being subjected to a violent assault in her own home when Yartey seized her by the throat during a row.

He then hurled her to the ground and refused to leave the house in Cedar Drive, Perth, when she was asking him to on February 11 this year.

As well as being jailed for 82 days, Yartey was made the subject of a non-harassment order banning him from approaching or contacting his estranged partner.

He was unable to provide a post-release address and as a result, will be deported back to Ghana after spending the majority of his time in Scotland behind bars.

Yartey wept in the dock when he initially appeared from custody and admitted seizing her by the throat and pushing her to the ground.

He also admitted acting in a threatening or abusive manner by refusing her request to leave the house, pushing the door and shouting.

Fiscal depute Bill Kermode told the court: “The complainer is no longer willing to be his sponsor, so the grounds for him to remain in the UK will no longer exist and he is likely to be deported back to Ghana.

“He had recently arrived from Ghana. He has no friends or family here and is unemployed. The complainer was his main sponsor.”

Solicitor Pauline Cullerton, defending, said: “He arrived from Ghana with his wife and three children. He has no friends in the local vicinity. It is her tenancy and she is renting privately.”

Mrs Cullerton said: “They have been in the country since January 29. It was his wife’s employment which brought them over to Scotland.

“It was my understanding that she is to contact the Home Office. She is his sponsor and if she no longer wishes to sponsor him he will ultimately be deported back to Ghana.”