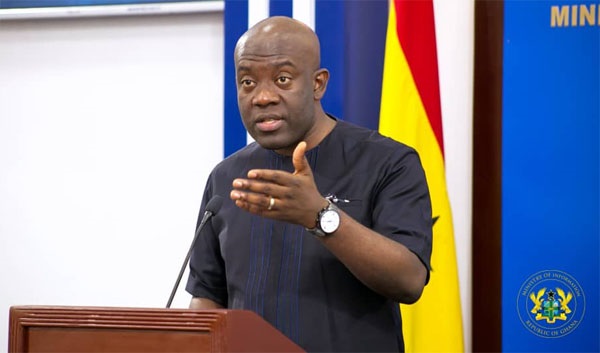 The Minister Of Information, Hon. Kojo Oppong Nkrumah has announced that the Ghana Health Service will be sharing data on the number of patients responding to treatment or patients who have recovered.

In an interaction via his twitter page Hon. Kojo Oppong Nkrumah said “The GHS will in the coming hours share data on the many numbers that are well, responding to treatment or recovered.“

This information comes after a video went viral of a supposed patient who recovered from Coronavirus.

This is a huge spike in one day as 64 new cases have been confirmed.

54 cases including three (3) deaths have been confirmed from the regular surveillance systems.

While 78 confirmed cases were among travellers whom the government placed under mandatory quarantine.

In a statement, the Ghana Health Service said the three people who lost their lives “were aged and had underlying chronic medical conditions.”

The great majority of the confirmed cases are Ghanaians, who returned home from affected countries.

Seven (7) are of other nationals namely: Norway, Lebanon, China, Netherlands, and the United Kingdom (UK).