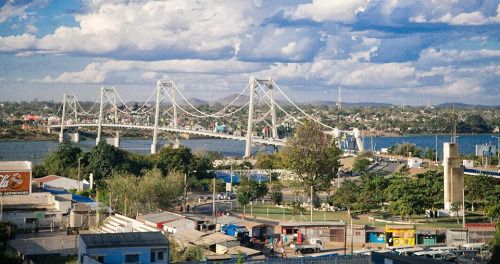 At least 64 Ethiopians are believed to have suffocated to death in a lorry that had crossed into Mozambique from Malawi, officials say.

Fourteen survivors were discovered in the vehicle in the western province of Tete early on Tuesday morning.

The immigration service had stopped the container truck in the town of Moatize, according to Tete provincial director of health, Carla Mosse

She said investigations were ongoing to discover how the occupants died – but said asphyxiation was the likely cause of death.

Amélia Direiro, spokesperson for the National Migration Service in Tete, said the driver had not wanted to stop the vehicle when asked.

She explained that her colleagues had heard noises from the lorry and suspected that migrants might be inside.

It is a well-known trafficking route for people hoping to get further south to South Africa.

The 14 survivors will be screened for Covid-19, Ms Direito said.

June 12, 2021
Nigerian youth, on Saturday, June 12, 2021, took to the streets to protest against bad governance and force the government to take stronger actions...

Naa Koshie Manyo-Plange To Represent Ghana At The 2021 Scripps Spelling...

5 Things To Remember When Planning Your Wedding

10 Exciting Experiences You Need To Have In Egypt

Be Inspired By These Wedding Guest Outfits To Slay At Your...