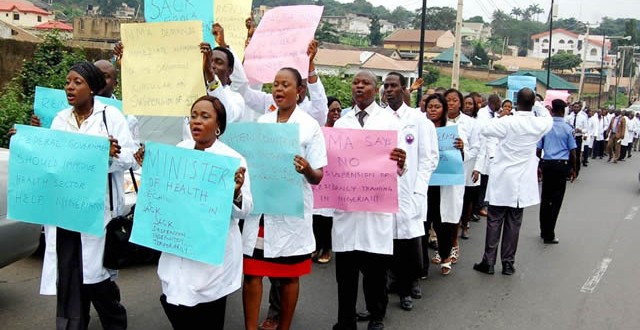 Doctors in Nigeria’s capital, Abuja, have gone on an “indefinite strike” over delayed pay and unsafe working conditions.

The announcement came just after Nigeria, Africa’s most populous nation, confirmed a third case of Covid-19.

The president of the Abuja branch of the doctor’s association, Roland Aigbovo, said it was a “difficult decision”.

But members had not been paid their salary for two months despite repeated “warnings and ultimatums”, he said.

The problems stem from a new payroll system introduced by the authorities in Abuja.

Other health workers at government-run hospitals in the city were also affected by the pay dispute and would be joining the strike in 48 hours if their demands were not met, Mr Aigbovo said.