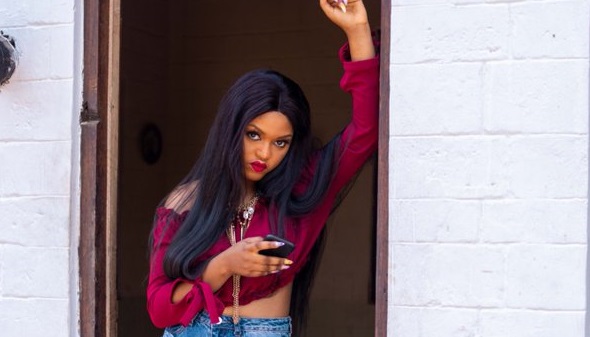 Shatta Wale has always been in the business of helping young artistes to shine.

He has gradually become a stepping stone for other musicians who want to gain the attention of music lovers.

For years, he supported the Militants, he put Pope Skinny in some of his videos. He ensured media presence for Wendy Shay with their show biz ‘marriage’.

Now, Shatta Wale is getting ready to put the spotlight on another upcoming musician.

Kanea, who composed a song called ‘Shatta Wale’ has been signed by her idol, Shatta Wale.

She does Afrobeat, pop, Highlife and Dancehall.

It was a shoot your shot kinda thing. Kanea took to Twitter to talk about how she couldn’t wait to be signed by Shatta Wale.

“The world won’t be able to stand it,” Kanea, the versatile musician added.

It didn’t take long for Shatta Wale to respond.

“Let’s do this. ‘i’m ready for you. You are a gem,” Shatta Wale said in a quote tweet of Kanea’s earlier tweet.

Then the excited newly signed artiste couldn’t hide her joy.

“Let’s shake the world, she added.

Kanea, if she plays her cards right, could become one of the biggest stars in the country.