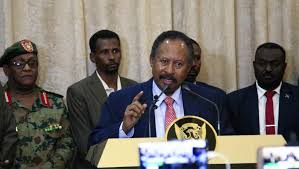 Sudanese authorities have arrested a number of suspects in connection with what the government called an assassination attempt against Prime Minister, Abdalla Hamdok, in an incident that underlines the fragility of the country’s transition to civilian rule.

Officials and state media said on Monday Hamdok, 64, survived unharmed after a bomb and gun attack targeted his motorcade in the capital, Khartoum.

In a Twitter post, Hamdok said he was in “good shape” and that what had happened would be “an additional push to the wheel of change in Sudan”.

The country’s top prosecutor, Taj al-Ser Ali al-Hebr, said in a statement that prosecutors have embarked on their investigation into the “professionally plotted” attack.

Meanwhile, Sudan’s National Security and Defence Council said it was seeking the support of Sudan’s “friends” in investigating who was behind the assassination attempt.

Following a meeting on Monday, Interior Minister al-Traifi Daffallah Idriss said in a statement the council decided to “request the help of [Sudan’s] friends to uncover those involved in the attack and bringing them to justice”, the Sudan Tribune reported.

Condoms And 4 Other Things Guys Shouldn’t Share In University But...

KuulpeepsBingelist: 5 Movies Streaming At The Silverbird Cinemas You Can Watch Now