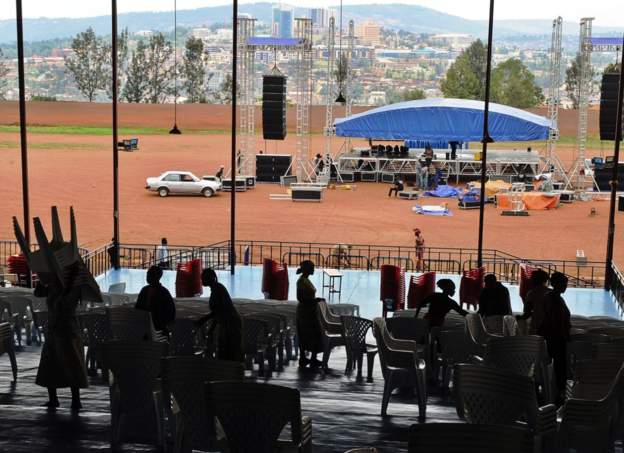 Authorities in Rwanda’s capital Kigali have banned concerts and public gatherings because of fears of the coronavirus.

There is no confirmed case of coronavirus yet in Rwanda.

Residents are divided on the new measures. Some have turned to social media to applaud the preventive move, but others see it as heavy-handed given Rwanda doesn’t have one single coronavirus case at the moment.

The first gig to be affected was an International Women’s Day concert, featuring the singer Cécile Kayirebwa, which was canceled hours before it was due to start.

Some suspect this may have more to do with Kayirebwa’s sympathetic comments towards the popular gospel singer who died in a police cell last month angering the authorities.

Police and a general prosecutor concluded that Kizito Mihigo, a 38-year-old Rwandan genocide survivor, hanged himself while in a police cell, though some human rights organizations and a group of foreign-based genocide survivors have cast doubt on the official version and called for an independent investigation.