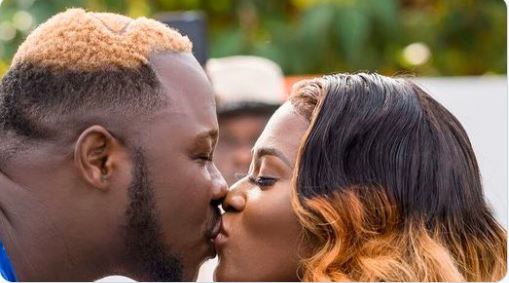 Maybe, we need to make Sarkodie the head pastor of the National Cathedral the government is constructing.

The rapper and music icon predicted, or let’s say, prophesied the wedding of Medikal and Fella Makafui more than a year ago.

In his second verse on the song, Sarkodie was telling his girl that he knows how much she loves him and that they have been on a long journey to get to where they were.

Then Sarkodie dropped a line was factually wrong at the time.

Sarkodie said “nas3 Medikal ak) ak) ware Fella dea..i never go fit take u for ur ride..” which translates to “if Medikal has married Fella then I can’t take you for granted” in the English Language.

Well, though it was factually wrong at the time, since Fella and Medikal were just dating with no telling where it would end up, it seems King Sark had seen it in the realms.

He prophesied into the lives of Medikal and Fella Makafui and yesterday, it came to life… one year on.

After Medikal and Fella got married yesterday with all of its associated drama, Sarkodie took to Twitter to remind all of us that he prophesied it.

Listen to Sarkodie’s ‘I know’ featuring Reekado Banks below:

ABOUT US
This is the official website for Ghana's no.1 campus portal & your guide to young people. We've got the best in the latest campus info, lifestyle, entertainment, shows, events, sports, news & more.
Contact us: s[email protected], For Stories & Blogs: [email protected]
FOLLOW US
© 2022 © Kuulpeeps
Kuulpeeps - Ghana Campus News and Lifestyle Site by Students
This website uses cookies to improve your experience. We'll assume you're ok with this, but you can opt-out if you wish. Cookie settingsACCEPT
Privacy & Cookies Policy