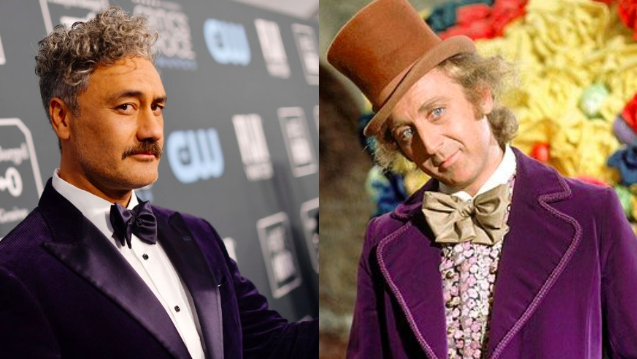 Taika Waititi is officially the busiest man in Hollywood.

Weeks after the filmmaker won an Oscar for writing Jojo Rabbit, and with his Thor sequel on the way, the supremely talented polymath is getting into bed with Netflix. Waititi has inked a deal to write, direct, and executive produce two animated series based on Roald Dahl’s beloved Charlie and the Chocolate Factory, according to The Hollywood Reporter.

One series will focus on the world and characters from the 1964 children’s book, while the other will center on the Oompa-Loompas, the small humans who work in Willy Wonka’s chocolate factory. Netflix says the shows will preserve the same playful essence from the original story, “while building out the world and characters far beyond the pages of the Dahl book for the very first time.”

Netflix made an agreement with Dahl’s estate in 2018, and Waititi’s deal is the first in what the streamer hopes will be among may Dahl adaptations. It’s also reportedly looking to develop other stories like Matilda, The BFG, The Twits, and more

“I grew up reading Dahl stories and lived large parts of my young life in those magical worlds, so finding just the right creative partner to bring Willy Wonka, Charlie and the Oompa-Loompas to life in animation was a daunting task…until Taika walked into the room,” Melissa Cobb, Netflix’s Vice President of Original Animation, told THR. “Then, it was really obvious. If Dahl had created a character of a filmmaker to adapt his work, I’m pretty sure he would have created Taika,”