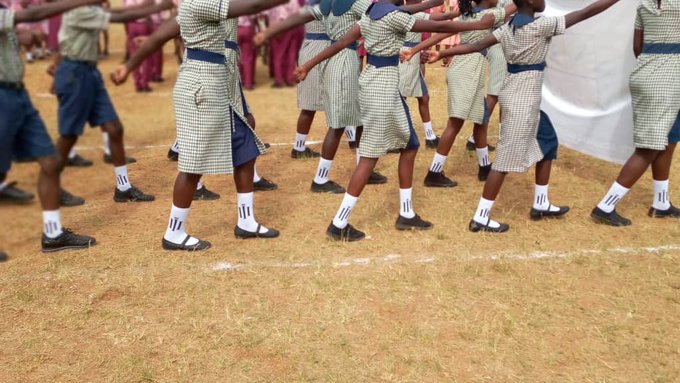 Today, school children from all the 16 regions of the country attended a parade to mark 63 years since Ghana gained its independence.

Some of those children who attended the parade also participated in it by marching past the high profile personalities who were present.

However, a school believed to be located in Nkawkaw in the Eastern Region made sure that they that left a mark.

The schoolchildren reportedly showed up at the parade wearing white Reign Socks and pairing them with their black shoes.

The dancehall king, Shatta Wale was excited that the schoolchildren wore his socks.

“Reign socks for the independence March. History will always be made ..This is called branding to the highest peak,” he said in a tweet.