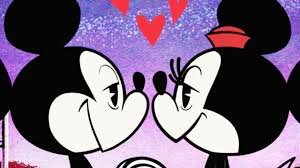 Not to get all mushy but relationships are great aren’t they? Well, some stages of them anyway. They can also be stressful and take their toll on you. Let’s define what the stages of every relationship are, and see where the good parts are.

This is where you meet a girl or boy, you decide you like them and then you start scheming to get more access to them. At this stage, guys start to chase the girls they are attracted to and the girls give ‘chase me’ signals to the guys they are attracted to. The biggest hurdle from this stage to the next is apparently the question ‘Where did you get my number?’. If introductions are made through all the proper channels, and the attraction is mutual, you move to the talking stage.

At this stage of the relationship, negotiation (talking) takes place in order for both parties to decide whether there are any deal-breakers for them. This is the getting to know you; you learn their tastes, their language, their fetishes if you handle it right, and very importantly what they want from a relationship. How long this stage lasts depends entirely on the specific case. I’ve heard some talking stages can go past 6 months. This stage either leads to the definition of the relationship or going your separate ways a.k.a ghosting.

At this stage, you finally got the person you wanted and it’s just great being around them. Life is good and there’s lots of sex if neither of you is conservative in that regard. This stage is where everything is rosy, and you don’t see the flaws of the person that you’re with because even their farts smell like the future you guys could have together. It’s where you make promises knowing fully that she’s going to keep bringing them up like a thousand times later. This is the stage of passion and true appreciation of another person.

The Work. My God, The Work.

After the honeymoon stage, you’re with a person because you decide to be and not because you’re being overwhelmed by your emotions for that person. Hence, work, work, and surprise! More work. You see the person for exactly what they are, including their flaws instead of an idealized version of themselves that you might have superimposed on them. At this stage, you have to make a conscious decision to make the other person feel valued and appreciated. The good times you have with a person should encourage that devotion.

I was going to put the breakup at the last position on the list but why don’t we pretend things always work out. Yay, optimism!