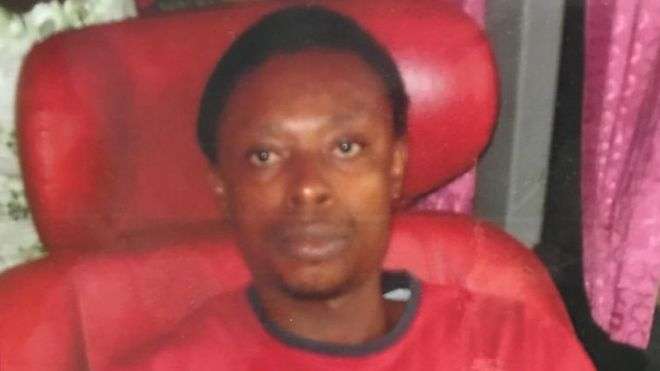 An investigation that was launched following the death of a mentally ill Ghanaian in the UK has found that the UK officials were negligent.

According to the findings, Prince Kwabena Fosu died from dehydration, malnutrition and hypothermia.

The 31-year-old arrived in the UK from Ghana in April 2012 with a valid business visa but it was cancelled at Heathrow Airport.

He appealed but in September 2012, his appeal was rejected. In October, he was arrested: a passer-by called police after seeing him walking naked on a road in Kettering, Northamptonshire.

At Corby police station, officers said he continued to act bizarrely and kept undressing, but medical professionals said he did not need to be sectioned.

CCTV footage from within the station recorded him being told: “You’re going to an immigration centre. They are going to look after you. Yeah?”

Six days later he was dead in a filthy isolation cell at Harmondsworth Immigration Removal Centre.

A BBC report indicates that Mr Fosu was left in an isolation cell for six days without bedding while he suffered from a psychotic illness.

The jury found that procedures to protect vulnerable detainees at the centre were “grossly ineffective”.

Agencies running the centre and its healthcare failed to recognise, monitor and respond to the worsening condition of someone who was unable to look after himself, they found.