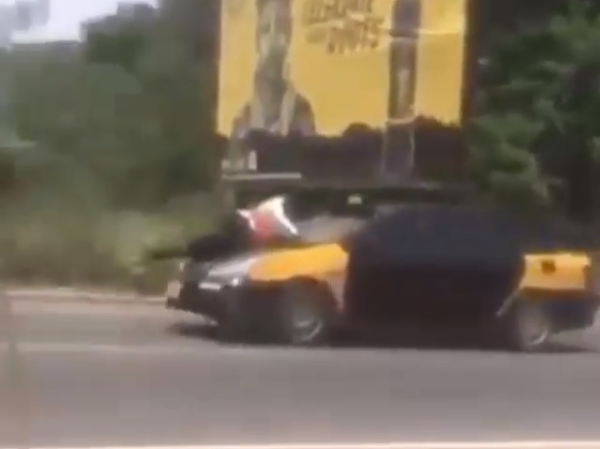 Last week, we saw a viral video of a taxi driver speeding off with a Motor Transport and Traffic Department (MTTD) officer clinging to his bonnet. News coming in today tells us that thirty-six-year-old Daniel Ofosu has been arraigned.

According to the police, Daniel who was on the wanted list of the police for multiple traffic offences resisted arrest and sped off when he was signalled by one Sergeant Prepah of police MTTD.

In an interview with Citi News, the Eastern Regional Police Public Relations Officer, DSP Ebenezer Tetteh, said the police will stop at nothing to ensure the driver is punished.