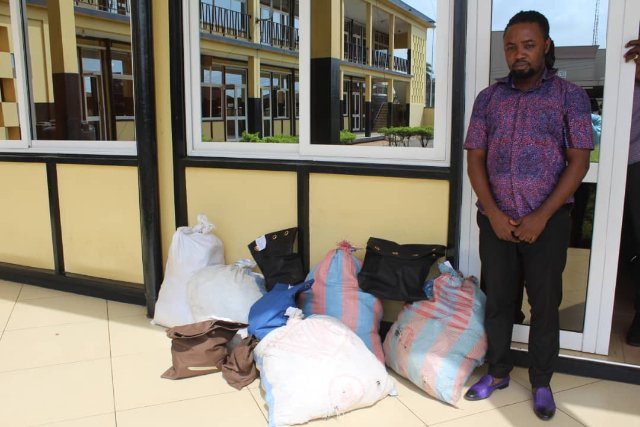 An alleged fraudster, Mr. Fordjour Richard operating  “The Rulers” has been arrested in Kumasi by the Ashanti Regional Police command.

Mr. Fordjour Richard has been paying an outrageous Commission of over 40% thereby destroying the business of Lotto Marketing Companies who sell directly to the National Lottery Authority for a Commission of 20%.

Mr. Fordjour Richard and his operating company ‘The Rulers’ is not a registered entity with the National Lottery Authority (NLA).

In an interview with the Head of Public Relations Unit at the Authority, Razak Opoku, he said payment of outrageous commission at the detriment of Lotto Marketing Companies would not be tolerated by NLA.

“Per the roadmap, very soon both the Lotto Marketing Companies and Private Lotto Operators would have the same Commission.

“Mr. Fordjour Richard has not made any effort to apply to the NLA for a license but has been deceiving the staking public in Ashanti Region that he has acquired License from the National Lottery Authority (NLA) to operate lottery and pays Commission of 40%,” he said.

He urged the general public to report any private lotto operator who claims to pay outrageous commission to the National Lottery Authority.