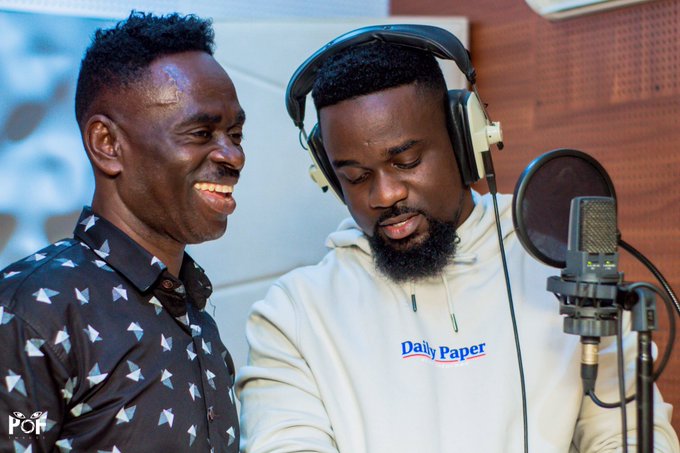 Just after the nominations for the Vodafone Ghana Music Awards were released, Yaw Sarpong dropped the song he worked on with Sarkodie and the Asomafo.

‘Ahobrase3’ which means humility in Twi, has been playing on the radio all day today.

In an interview with Hitz FM, Yaw Sarpong said he believes the feature with Sarkodie is the breakthrough moment God has been preparing him for.

Unlike other musicians, Sarkodie did not charge Yaw Sarpong to be featured on his song.

Instead, he said, “Sarkodie took the song as if it was his.”

“He [Sarkodie] gave me his full support. I was surprised,” Yaw Sarpong added.

Even with promoting the song, Sarkodie has been promoting ‘Ahobrase3’ online as though it is his own song.

Since yesterday, Sarkodie has been publicly mentioning radio presenters and asking them to play the song on their shows.

For someone who is often accused of not doing much to help others in the industry, Sarkodie is surely doing the most to push Yaw Sarpong’s song.