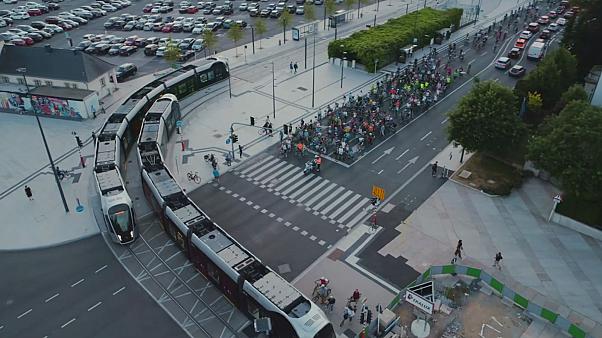 Luxembourg has become the first country in the world to make public transport free.

There are already cities that have introduced such measures—Tallinn—but Luxembourg is the only to do it for a whole country. It will apply to all trams, trains and buses and—unlike Estonia’s capital—will be available to tourists as well as residents.

“You could describe it as the social icing on the cake of the global strategy for a multimodal revolution. Apart from this, we want to acknowledge all those people who have already made the choice in favour of public transport.”

Buses are only used for 32% of trips to work, ahead of trains at 19%. By way of comparison, in Paris, almost 70% of workers use public transport.

“We have invested for years in the construction of roads,” said Blanche Weber, president of Luxembourg’s Ecological Movement.

“The government is making efforts, but there is a huge delay in terms of the development of public transport.”

The first section of a tram opened at the end of 2017 but works are ongoing to link the south of the capital and the airport in the north.