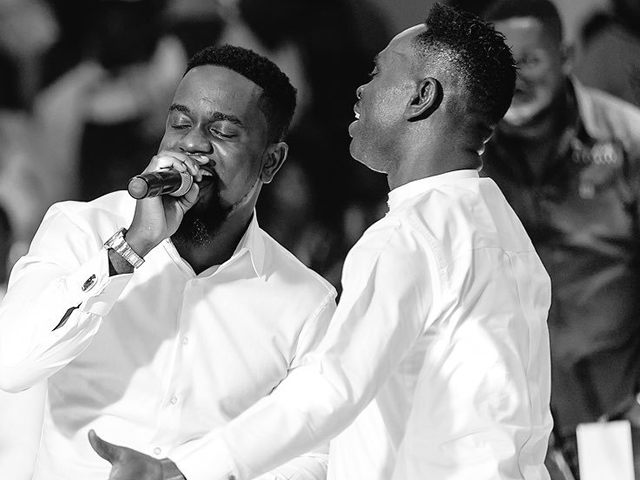 Sarkodie has been hailed as one of the best rappers in Africa (some might even say he is the best) and he’s popular for giving fans amazing music every single time!

His music has been called inspiring by a lot of people and his versatility is unmatched! The man is a badass rapper on every type of beat and when he sings, it’s not terrible at all!

Sarkodie gives us back to back hits but there’s something about when he does gospel or dedicates a whole song to God that makes us all want to go to church!

These songs hit us the hardest!

This feature with Yaw Sarpong and his band was something we never expected. Who knew that old school could meet the new school in the spiritual realm this way?

There’s something about this song that even our parents and grandparents jammed to! No one really saw it as “wiase ndwom” and the feeling that came with the song was just special. Gratitude flows out of you when you sing the chorus and…it’s special.

People did not understand why Herty Borngreat kept making music with ‘secular music artiste’s but…y’all would agree that this was an extremely good gospel song. It was fun and Sunday School choreography worthy too!

This is definitely one of the most spiritual songs Sarkodie has ever dropped. It’s so relatable and Efya’s voice added to that haunting feeling that almost makes you want to cry and raise your hands up to God

Sarkodie clearly has a strong relationship with God and occasionally, he just has to give Him fans on a song. This song with Kwabena Kwabena is so thought-provoking. It really makes you stop and think and the production with bells just adds to the ominous feeling in the song!

This song was about life but there was something about Vivianne Chidid’s voice that made the song feel spiritual. Sarkodie and the Senegalese singer made magic on Hallelujah and what makes this extra special is, Sarkodie, a Christian and Vivianne, a Muslim came together to give us one pure song, talking about one God.

Yung Pabi Encourages Fans To “Give Thanks” In New Single Feat. Fameye