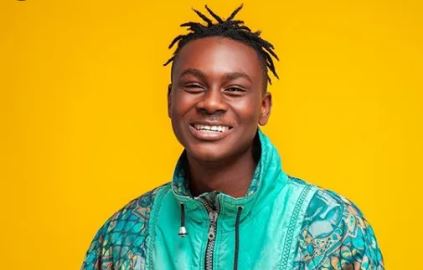 Fast-rising Ghanaian star, Larruso has reportedly been arrested by some armed Police Officers.

The young star who is fast gaining the love of the masses in a viral video sighted by Celebrities Buzz could be seen in handcuffs and being matched by some Police officers.

The cause of his arrest isn’t yet known but we are suspecting it may be as a result of a Ghetto fight or something else.

Attempts made by our team to reach out to his manager proved futile.

Larruso, who is tipped to be the next big thing, became very popular on the airwaves after releasing the remix of his ‘Killy Killy’ song featuring Kwesi Arthur and Stonebwoy.

We hope and pray he is freed as soon as possible.

Keep connected with us as we bring you the latest updates with that regard.