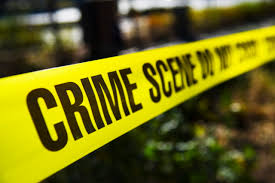 A Florida woman has been charged with second-degree murder after her boyfriend died from being zipped up in a suitcase, Fox News reports.

Sarah Boone told police she and Jorge Torres, both 42, were at home drinking when they decided to play hide and seek. Boone said Torres thought it would be funny to zip himself into a suitcase and wait for her to find him. She alleges that the alcohol got the best of her, leading her to fall asleep before finishing the game. When she woke up hours later, she found Torres unresponsive and not breathing in the suitcase.

Authorities aren’t convinced that the two were playing hide and seek when this happened. In cellphone footage retrieved from Boone’s phone, Torres can be heard yelling for help from inside the suitcase. Boone responds to his pleas by saying, “That’s what I feel like when you cheat on me.”

She laughs at Torres before yelling, “For everything you’ve done to me, fuck you! Stupid!” Torres yells that he can’t breathe, leading Boone to respond, “That’s on you. That’s what I feel like when you choke me.”

In a second video, Torres continues to yell Boone’s name. The suitcase had been moved from the original location, furthering suspicions it was a murder. This evidence along with a preliminary investigation resulted in homicide detectives arresting Boone.