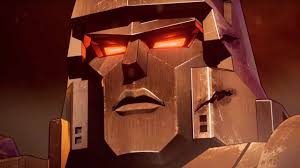 After a year-long wait, fans have finally been given the action-filled trailer for the upcoming Transformers animated series on Netflix.

Announced back in February 2019, Transformers: War for Cybertron will be a three-season trilogy following the original war on the robot alien planet which gave rise to the subsequent events fans are now so familiar with, whether through the original ’80s cartoon or the Michael Bay franchise.

The current trailer showcases the first of the three parts, named Siege, which will feature six 22-minute episodes, and sets up a rather bleak and uphill battle for the Autobots, framed by the evil Decepticons of escalating “aggression.”

In fact, in hopes of defeating Optimus Prime and his followers, Megatron is seeking out the Allspark, which can “reformat” his enemies and end the War for Cybertron once and for all. It’s up to the Autobots to fight them off and keep the location of the powerful cube hidden.

There’s currently no official release date for the upcoming Transformers series, but expect it to launch sometime this year. For now, check out the trailer above.