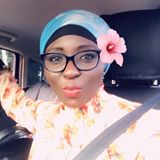 A lady who has been listed as a beneficiary of £22,700 GETFund scholarship is disputing the claim.

She is among the 86 persons who reportedly received scholarships from the Ghana Education Trust Fund from 2014 to 2018, according to the Auditor-General.

The former Metro TV journalist is listed as the 46th person to receive tuition — £12,600.00 — and living allowing – £ 10,130.00 – for her one year MSc. Communication for Innovation and Development course at the University of Reading, UK.

However, first reacting to her name being on the list on Facebook and subsequently on Joy FM’s Super Morning Show, Hajia Shareef denied the claim.

She said she was never paid the monies for her tuition and stipend.

“I waited and waited for the fees to be paid for me to get the visa to leave but it was never paid,” she told host of the Super Morning Show, Daniel Dadzie.

She explained that due to the delay in releasing her tuition, she deferred her course for a year but GETFund still did not release the funds.

At a second attempt to defer her course, the university declined.

Unable to enrol for the course, she joined her husband in Germany in 2015 where she has since been domiciled.

“Where did the money go because I didn’t go to the UK, I currently live in Germany, for the past six years,” she said.

Many Ghanaians have condemned the presence of the names of these government appointees on the list because many believe the scholarship is meant to support brilliant but needy students.