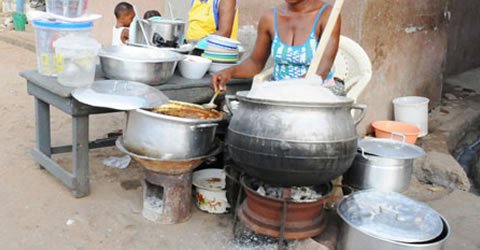 A research conducted by scientists at the University for Development Studies (UDS) has found that several food vendors in the Tamale Metropolis sell food contaminated with salmonella.

The research also found out that most of the fufu pounding machines in the metropolis are contaminated with salmonella.

It is estimated that 153 million people are infected yearly with salmonella worldwide with 57 thousand deaths.

Salmonella infection is a common bacterial disease that affects the intestinal tract. salmonella bacteria typically live in animal and human intestines and are shed through feces. Humans become infected most frequently through contaminated water or food.

The department of Biotechnology of the Faculty of Agriculture of UDS Nyakpala campus has for the past seven years been working on the contamination of salmonella in foods in the Tamale Metropolis. The research which was conducted in 2019 on various foods had between 80 and 100 street food vendors’ foods sampled.

Speaking to JoyNews at his lab, Dr. Courage Saba said people are being infected with salmonella without knowing. He said the research found salmonella in some of the fufu joints and other foods in the Tamale Metropolis.

“We found salmonella even in pepper source they used to sell kenkey,” he told JoyNews.

Dr. Saba said the department has just concluded a research on gizzard following recent reports of contaminated gizzard imported into Ghana from Brazil.

He said they sampled 20 out of the 39 cold stores which sell gizzards in the metropolis.

“We were able to get gizzard from 20 of the cold stores and out of what we got from the 20 stores 13 were from Brazil, 7 Turkey and one from the UK. We brought them to the lab here for the test and so far none has tested positive” he noted.

Dr. Saba called for collaboration between the university and other stakeholders for more researches to be done. He said most of the research done by the department is funded from their own resources, noting that support from other institutions would go a long way to help.

He called on consumers to ensure that the foods they buy from the streets are hot before they eat them. Dr. Saba also appealed to people who consume meat to boil it first directly when they bring it home before cutting it. This he said would help stop the spread of salmonella if the meat is contaminated.

Dr Saba also advised that salt could be used to wash the meat before its boiled.