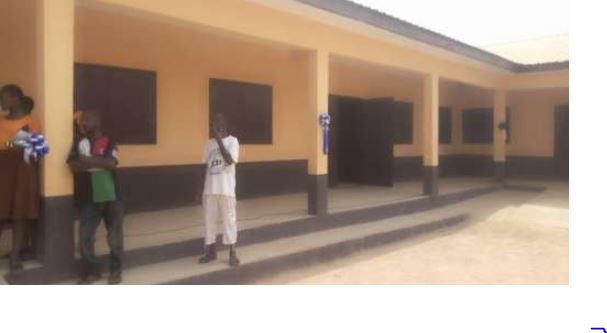 The Ketu South Municipal Assembly has handed over new classroom blocks to pupils and staff of Nogokpo and Agavedzi Basic schools and the St Paul’s Senior High School to resolve infrastructural challenges for effective teaching and learning.

The Nogokpo Basic School was handed a 6-unit classroom block with ancillary facilities including an ICT laboratory, library and four-seater water closet toilet.

Mr Elliot Edem Agbenorwu, the Municipal Chief Executive (MCE), said the classroom block projects, which the Assembly spent a record time of four months to complete, were testament to the priority the current Administration placed on education.

He said the Assembly was working hard to address infrastructure challenges of schools in the Municipality for quality education delivery and charged the managers to maintain the facilities to last longer.

He urged them to plant trees as wind breaks and for beautification.

Madam Veronica Dzifa Zanku, the Head Teacher of Nogokpo Basic School, was grateful for the project and said it would positively affect academic standards of the school, with a population of 469 pupils and 11 teachers.

She said the school recorded 100 per cent performance in the 2019 Basic Education Certificate Examination (BECE) and won many gold medals in cultural and sporting disciplines in the Municipality.

Mr Augustine Dziwornu Amedeker, the Headmaster of SPACO, thanked the Government for the support and said the school needed infrastructure expansion to accommodate the growing population and ensure academic excellence.