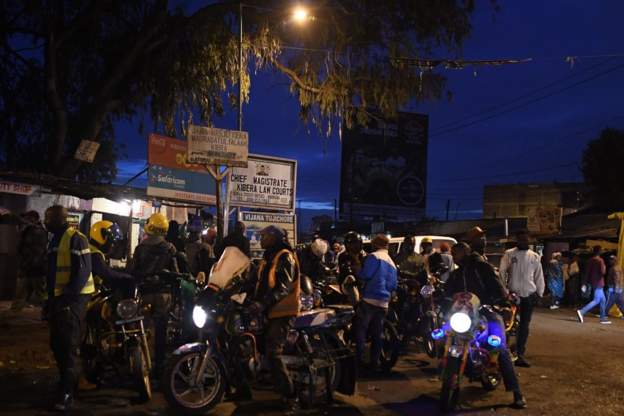 Motorcycle taxi operators in Kenya’s capital, Nairobi, have threatened to paralyze businesses after one of them was allegedly killed by a policeman after he had saved a young boy from drowning.

Daniel Mburu was shot at a city hospital where he had taken the boy. He apparently got into an argument with guards who wanted to fine him for parking inside the hospital’s compound.

He was allegedly shot dead in the fracas by a police officer guarding the hospital.

Hundreds of riders of the motorcycle taxis – commonly known as “boda bodas” in East Africa – took to the streets, demanding the arrest of the police officer.

Boda Bodas are a popular mode of transport across the country and provide thousands of jobs.

But many of them are not licensed and clashes between riders and local authorities are common.

The chairman of the riders association in Nairobi, Samuel Ng’anga, has told the BBC that the killing was just the latest example of the harassment they faced at the hands of police