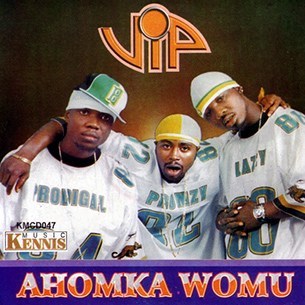 Lots of artistes sample music from all over and most of the time, they really do a great job at it. People who don’t know what sampling means tend to say the artistes stole the song but…we gotcha.

Sampling is basically the reuse of a portion of a sound recording in another recording. Meaning, the artiste takes something in the instrumentals of a song or a bit of the song and fuses it into their own music.

Lots of artistes sample all over the world and we were excited when we found a post on Twitter from @SampleChief, highlighting the artistes who sampled one of Ghana’s iconic songs…

The song dropped in 2003 and was so popular it even seeped into the Naija music space. (Not surprising at all) and you wouldn’t believe who first sampled the song…

Yes, She became a musician at some point in time and made music under the name, Mama Gee. She sampled VIP’s song on her single, Make We Jolly and featured Tonto Dikeh (yes, the actress)

The Nigerian born, UK based Afrobeats artiste dropped this song this year and he sampled the instrumentals in the Ahoma Wor Mu song. The second the song starts, it hits and…it contributed to the song becoming one of our jams!!!

It’s obvious Nigerian music is heavily influenced by GH music and it’s impressive just how much impact VIP’s single has had on them.

Sampling, when done right is beautiful and exciting and these songs are proof!

Check out @SampleChief’s tweet that brought our attention to this!