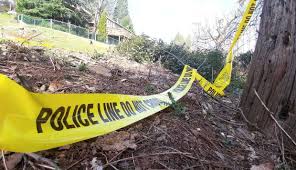 A 21-year-old form 2 Business student of the Wa T.I Ahmadiyya Senior High School in Upper West Region died after falling from the first floor of the school’s dormitory block.

The student, who is a native of Kachiau, a farming community in the Wa West District, has been identified as Kojo Issac.

Some students who said they saw him moments before he died, while they were studying, told 3news.com that at around 11 pm on 11th February 2020, they saw Issac getting down from his bed and went outside the room while his mates were asleep.

According to them, they thought he had stepped out to go and urinate, only to hear a loud cry outside but they rushed outside to see Issac lying on the ground with a fractured neck.

The House One Prefect, known as Sei who is also the school father of Issac told 3news.com he ate with Issac at around 10 pm before they all went to bed that fateful day.

He said the Assistant Senior Housemaster quickly arranged a tricycle transport which is popularly called “Mahama camboo” in Wa to transport the boy to the Upper West Regional Hospital.

The boy was later transferred on Wednesday, 12 February 2020 to Tamale Teaching Hospital for further treatment but he died upon arrival.

Sister of the deceased, Matta Burgur lamented about the incident but said the family was informed about it Wednesday morning when he was being transferred to Tamale Teaching Hospital.

The authorities at the Wa T.I Ahmadiyya Senior High School did not comment on the issue when contacted.