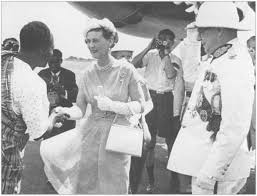 In February 1951, the first elections were held for the Gold Coast Legislative Assembly under the new constitution for the colony. Dr Nkrumah still in jail, won his seat at Accra Central and his party won an impressive victory with a two-thirds majority of the 104 seats.

The governor of the Gold Coast, Sir Charles Arden-Clark, released Dr Nkrumah from prison and invited him to form a government as “leader of government business” a position somewhat similar to that of the prime minister, on February 13, 1951. A major milestone had been passed on the road to independence and self-government.

Nonetheless, the structure of government that existed was certainly not what Dr Nkrumah’s party preferred. The ministries of defence and external affairs were still controlled by British officials.

In 1952, the position of prime minister was created and the Executive Council became the cabinet. The Prune Minister was made responsible to the assembly, which duly elected Dr Nkrumah prime minister. British officials still controlled the foreign affairs of the Gold Coast and independence was still to be won.