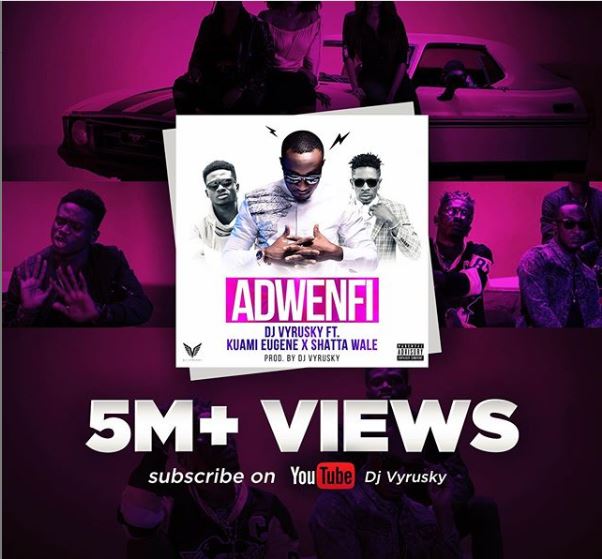 DJ Vyrusky’s Adwenfi has just hit 5 million views on Youtube. The video which featured Shatta Wale and Kuami Eugene was released on the 27th of February,2018.

After almost 2 years of being released the song has gradually hit the 5 million mark. This is not the only song from DJ Vyrusky making it into the million category.

In an Instagram post, the DJ announced this achievement. “I always appreciate the love from y’all ever since I started this music aspect of my career. 5 mil + views on YouTube for ADWENFI. I’m grateful. Thanks, @shattawalenima and @kuamieugene for blessing me on this song”.

Watch the official video below.