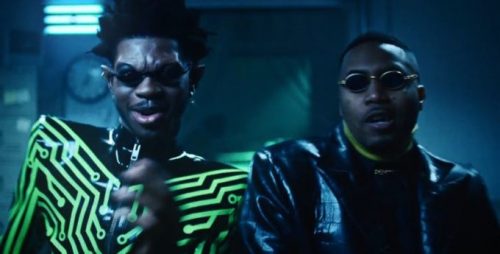 The “Rodeo” remix, which brought Nas together with Lil Nas X late last month, now has an official video.

Prior to the new video’s release, X shared with fans some of the inspiration behind his latest visual, including Michael Jackson’s “Thriller” and Buffy the Vampire Slayer:

The “Rodeo” remix, as X explained in a Super Bowl x Doritos-centered interview with Billboard last month, has actually been in the bag for about a month and a half.

“I thought it would be its own moment for hip-hop,” X said at the time. “Just to have that whole [idea] of ‘Nas doesn’t like Lil Nas’ perish. It was dope of him to hop on the song. The best advice he told me was to ‘Keep your foot on their necks.'”